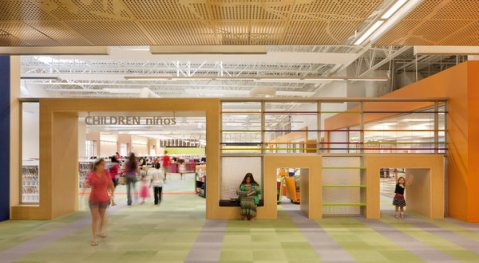 According to the New York Times, more than 130 former Walmart stores are vacant and available for purchase or lease across the country. With many big box stores and malls closing, we have the opportunity to think of ways to reuse these structures instead of letting them sit abandoned, open to negative activity.

In McAllen, Texas, the city transformed a former Walmart (the size of two and a half football fields) into a contemporary library filled the space with innovative amenities like an art gallery, cafe, used book store, an auditorium, meeting rooms with audiovisual services and electronic classrooms.

The new library is an upgrade from the city’s former library and has drawn a large number of people (about 62,000 people came to the library in July, up from 28,000 visitors this time last year) but some have criticized the library for being outside of the city center and I could not tell from the website if it was accessible by public transportation.

How would you transform a former big box store? What would you do with all that space?!? I’d love to do a workshop with children and hear what kind of imaginative ideas they’d have for a building that size. Water slides? Roller coasters? Skateboarding park? Petting zoo? The possibilities are endless. 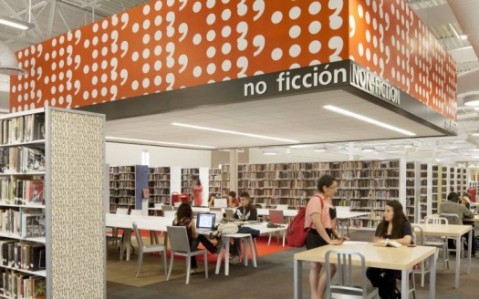 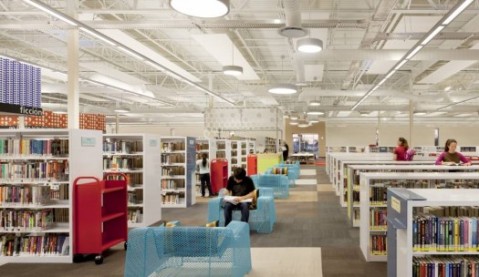 You can see more photos of the library here.

About The Accessible City