Mexico City residents build their own bicycle lanes. Photo via This Big City.

The Institute for Transportation and Development Policy and the National Network for Urban Cycling (BiciRed) has launched a campaign called “5% for the bicycles and pedestrians” to ask Mexico’s government to give at least 5% of the transportation budget to non-motorized infrastructure.
In light of the Institute’s request, community groups decided to raise awareness about the issue by building a 5 km (about three miles) designated bicycle lane. Advocates raised about a thousand dollars in four days to buy paint, brushes and build wood signs and stencils to build the bike lane, and on November 6th, 80 people (cycling advocates and citizens who heard about the idea through social media) showed up to begin working. 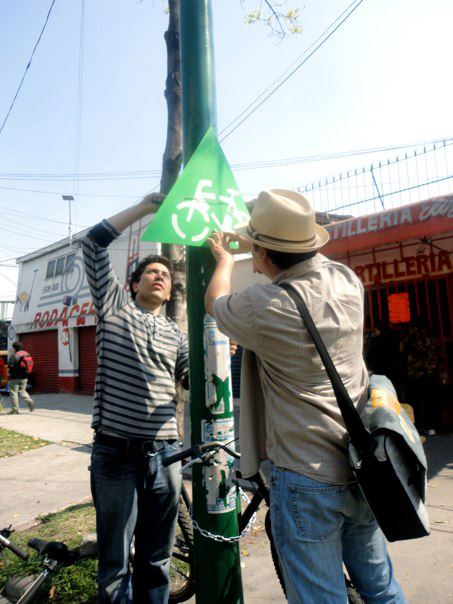 Mexico City residents build their own bicycle lanes. Photo via This Big City.

After eight hours the bicycle lane was completed. Jimena Veloz, one of the advocates who participated in the event asks: “How much would it cost to actually build the bicycle infrastructure the city needs?”

Mexico City residents come together to build much needed cycling infrastructure. Photo via This Big City.

About The Accessible City